Only when a person uses his imagination and technology is there almost nothing that can disrupt this race in the long run.

Plastic has been a nuisance to this planet for ages: clinging to sea souls, suffocating life in deep cold waters, clogging waterways and streams in hills, etc.

According to a report by the Central Pollution Control Board (CPCB), almost 3.3 million tons of plastic waste are generated annually in India alone, which equates to around 9,200 tons per day (TPD).

It is worst when it is broken down into microplastics by extensive wind movements and integrates into the immediate human environment and ultimately pollutes Mother Nature.

Every year, 8 million tons of this plastic waste is dumped into no longer calm oceans, reducing the dissolved oxygen available for the flora and fauna in the marine ecosystem.

But not only plastic competes for the available resources in huge bodies of water.

When the excess nutrients run off into the aquatic environment, it can lead to uncontrolled growth of algal blooms through a process called eutrophication.

This can eventually ruin drinking water supplies and create hypoxic “dead zones” in bodies of water where literally nothing can survive, destabilizing the ecological balance in water systems, and adversely affecting aquaculture.

As with any other mishap on this man-doomed planet, climate change is also playing a role and accelerating overall growth.

This can cause further problems, for example, according to a new study by the US Environmental Protection Agency, algal blooms have increased global methane emissions by 30 to 90 percent.

Methane is a more dangerous greenhouse gas, it lingers in the atmosphere for a long time and is 34 times stronger than carbon dioxide in the short term.

If we don’t put our minds and hands to work, this problem will persist and will increase.

Another study claims that with additional sewage, fertilizers, and other nutrients entering the aquatic environment by 2050, there will be a 200 percent increase, or perhaps even quadrupling by 2100.

There are several companies that have started making items with bloom, a material that is a mixture of polymers and algae.

According to a Bloom employee: “Humans are responsible for letting excessive amounts of nutrients such as CO2, nitrogen and phosphorus get into our waterways, lakes and oceans, creating environmental and social problems.” 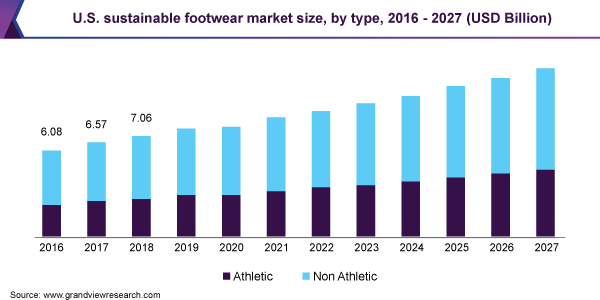 “When we founded BLOOM, our idea was to transform algal blooms from an environmental problem into a sustainable material that offers incentives for CO2 capture and purification of water, while at the same time reducing our consumption of oil and plastic.”

The idea is to extract the water saturated with algal blooms and make algae pellets into such shapes after significant drying and strengthening.

These pellets are then mixed in 10-30% share along with the plastic pellets supplied to manufacturers who use plastics in their end products.

A variety of mixed materials can be obtained from the use of algae biomass, for example PLA, PHA, cellulose, starch and protein.

It should be noted that the mechanical properties of such plastic films embedded in microalgae are comparable to those produced with considerable environmental pollution.

The principle of genetic engineering may prove to be a promising way to modify the algae strains to synthesize compounds for bioplastic production such as thermoplastics.

“Brands like Adidas, Dr. Scholl etc., who include BLOOM materials in their products, support marine restoration and environmental protection projects that have been shown to have positive effects that the end user can understand and accept. “

Even a single sole of a shoe produced successfully restored and purified 17 liters of water and helped remove 8g of CO2.

As a result, a petition was submitted to UNESCO for a stronger penalty for the pollution of water bodies worldwide.

â€œWe call on UNESCO to develop and implement a global education program that works with governments to end destructive agricultural and industrial practices, particularly the use of phosphates and nitrates, and begin implementing proven, regenerative, nature-based solutions. “

A Random Environmentalist: The WasteShark in Action – Oceanographic